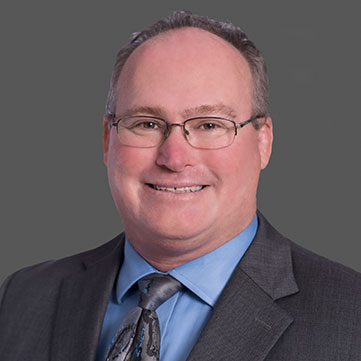 Steven ‘Rusty’ Nisbet is a Florida Bar Board Certified Construction Law Specialist and the Senior Trial Attorney and Litigator at Zinzow Law. Having tried well over 100 cases, Rusty knows his way around a courtroom.  Prior to joining Zinzow Law Rusty spent over 20 years as an Assistant U.S. Attorney in Tampa.  Having grown up as one of 5 children in a large New England family, it was in that Rhode Island Town where Rusty would begin to develop his identity and role in the world.  His family provided him with a strong moral foundation and a love for people.  These values were then re-emphasized through athletics.  Rusty learned about teamwork, accountability, trust, winning, losing, hard-work and so much more, and in a way that only competitive athletics can teach.  His summers were consumed with all things water, including: sailing, swimming and lifeguarding.  His winters were all about blazing a trail on skis down the powdery and the slightly icy snow that covers the New England Mountains.  His spring was all about competitive bike riding.  In the fall his time was divided between competitive football and lacrosse, having been awarded the distinguished rank of a U.S. High School All American Football Player.  Rusty went on to play college lacrosse and serve as a ski instructor.  He has skied all over the United States and in various spots around the world.  He has participated in several charitable bike rides across the state of Florida and has competed in Sprint Triathlons and Century Bike Rides.  While both an accomplished Attorney and athlete, if you ask Rusty what his proudest accomplishment is he will not hesitate and tell you it is his family.  Rusty has raised 5 successful children and all with the same level of love for humanity and family with which he was raised.  Just mentioning his family puts a smile on his face and sometimes a tear in his eye.

Mr. Nisbet has given several speaking engagements over the last 25 years for the National Advocacy Institute for Federal Trial Law as well as the U.S. Attorney’s Office.
Topics include: